The Board of Directors approved the logistics investment for the construction of a shuttle in Wohlen for Digitec Galaxus AG, the investment in a deep-freeze order picking system for Migros-Verteilbetrieb Neuendorf AG, the acquisition of Gowoonsesang Cosmetics CO. Ltd. based in Seoul by the Mibelle Group, and the takeover of Topwell Apotheken by Medbase. The Board of Directors also approved the formation of the subsidiary Migros Digital Solutions AG, which will identify new and innovative business areas. In addition, it appointed a new member to the Executive Board (Head of the Marketing Department) with effect from 1 January 2019.

The Board of Directors is composed of 23 members: ten external, independent members and 13 internal members. The external, independent persons are the Chairman and the nine members from the business sector. Since they are employed by Migros, the Chief Executive Officer, the ten representatives of the ten regional Cooperatives (normally the managing directors) and the two employee representatives are regarded as internal members. Of the 23 members, four (17%) are female.

In terms of the composition and size of the Board of Directors, Migros deviates from the guidelines of the Swiss Code of Best Practice for Corporate Governance. According to the statutes, each regional Cooperative chooses its representative and therefore decides itself who sits on the FMC Board of Directors. This influences both the size of the body and the ratio of external to internal members. This status quo is maintained in accordance with the decision of the Assembly of Delegates of 29 March 2014.

With the exception of the ten representatives of the regional cooperatives, who are appointed by the electoral bodies of the cooperatives, the members of the Board of Directors are elected for a four-year term of office by the Assembly of Delegates. Re-election is permitted, provided that the maximum of four terms of office is not exceeded. The members of the Board of Directors retire on reaching the age of 70. The organisational rules do not permit the accumulation of important positions within Migros.

Decisions made by the Board of Directors are passed by a simple majority of the members present – observing the usual rules for abstention. Detailed preparation and the preliminary work done by the committees mean that discussions by the 23 members of the full Board can be conducted effectively and efficiently.

All the agenda items that a member of the Board or a committee wishes to discuss are shown on the notice convening the meeting. Those attending the meeting receive detailed documentation about the motions in writing beforehand. The dates for the ordinary meetings are set early, so that all members can usually attend. The attendance rate was 91% in the reporting year. The six members of the Executive Board and the President of the G. and A. Duttweiler Foundation also take part in the meetings of the Board of Directors in an advisory capacity.

As part of a process of self-evaluation, the Board of Directors regularly reviews its own and its members' approach and performance. The findings of this evaluation are implemented on a continuous basis and discussions are held regularly on the implementation status. External consultancy services are used to advise on specific topics.

The responsibilities and remits are set out in the organisational rules of the Board of Directors and in the directives of the committees.

Composition Board of Directors

The Board of Directors of the Federation of Migros Cooperatives comprises 23 members who were elected for the term of office 2016-2020.

The Board of Directors is composed of ten external, independent members and 13 internal members. The external, independent persons are the Chairman and the nine members from the business sector. Since they are employed by Migros, the Chief Executive Officer, the ten representatives of the ten regional cooperatives (normally the managing directors) and the two employee representatives are regarded as internal members. 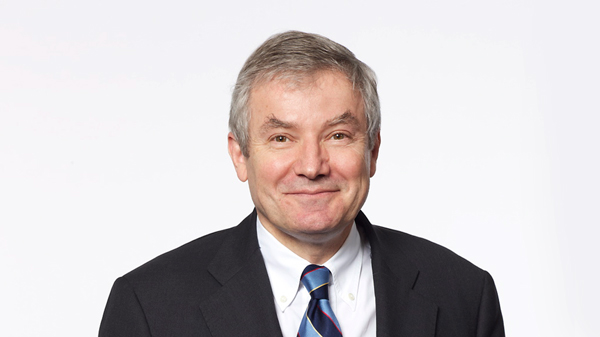 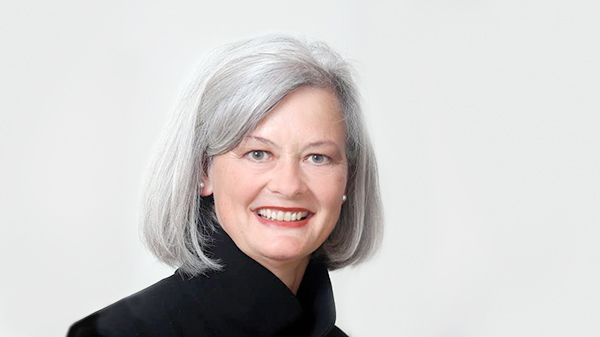 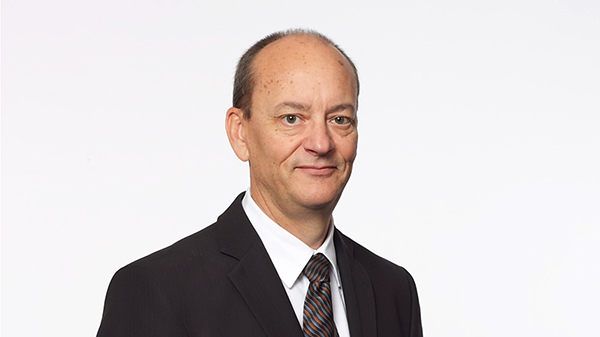 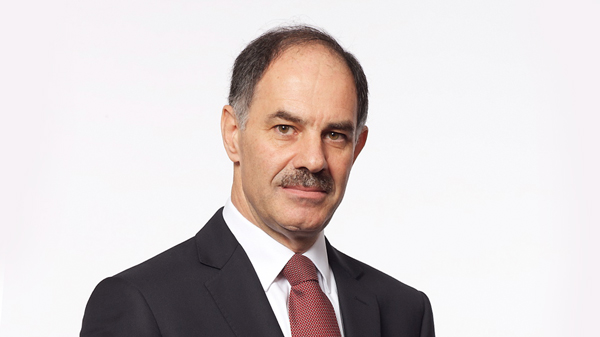 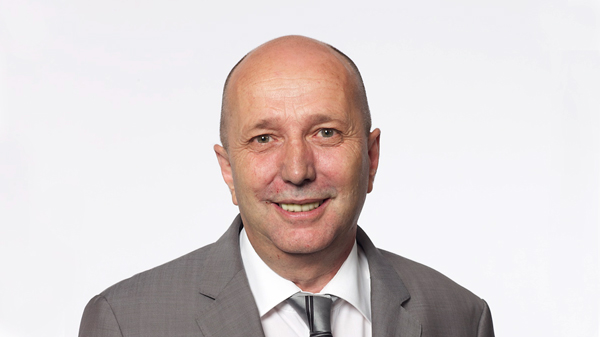 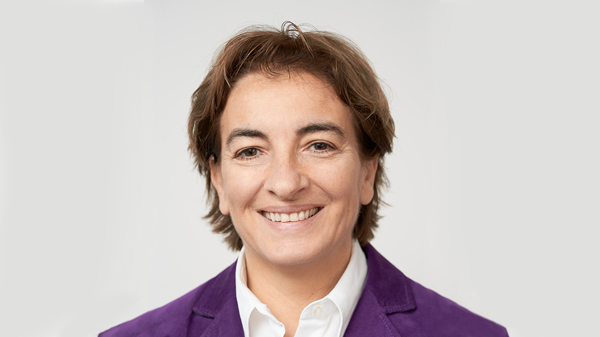 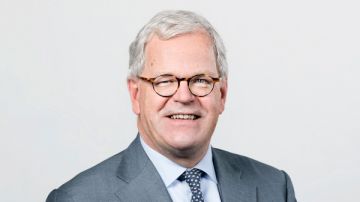 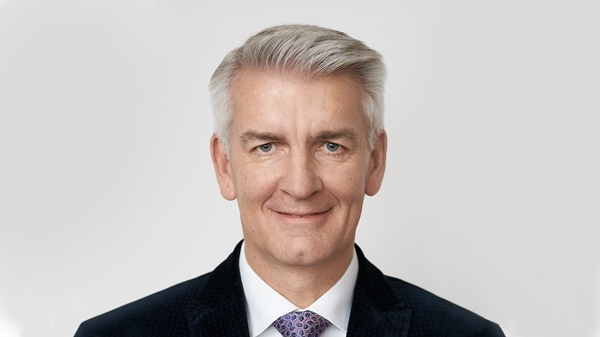 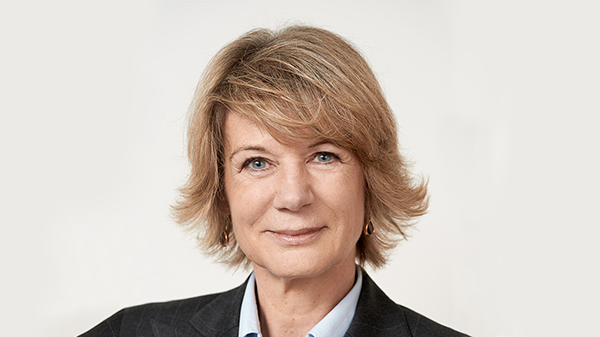 Children of Sikkim Foundation (COSF), Morschach (Chair of the Board of Trustees) 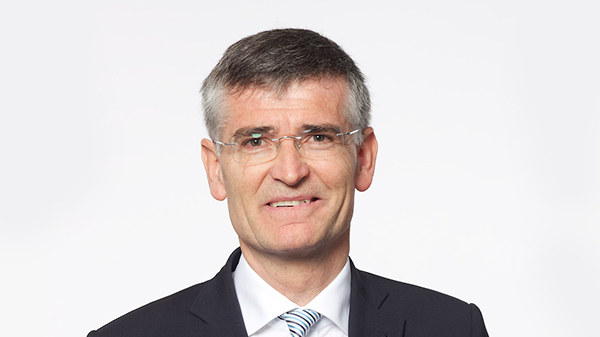 (1956 CH)
Member since 2012, elected until 2020
Committee: Audit (since 01.08.2018 Chairman)
Prof. Dr. oec.
Holder of the Chair of International Management at Universität der Bundeswehr München and lecturer at the University of St.Gallen 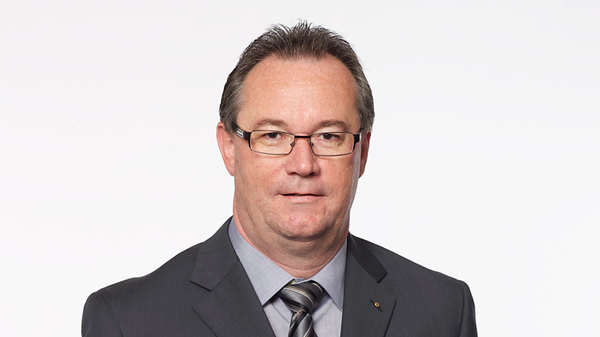 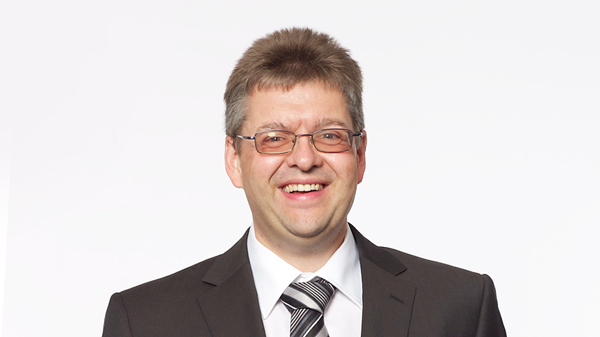 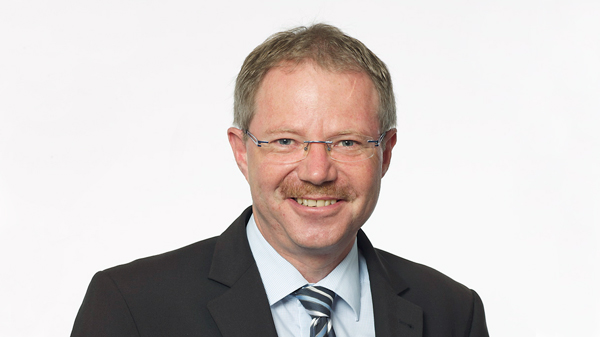 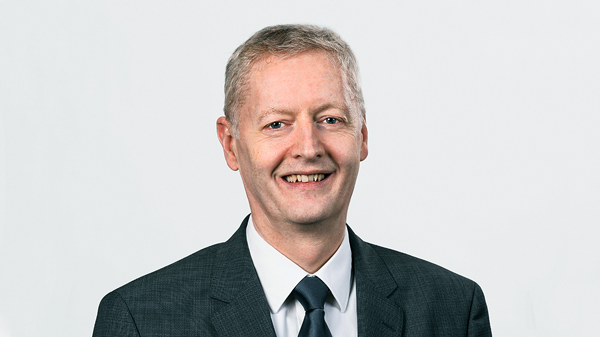 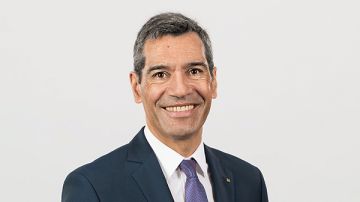 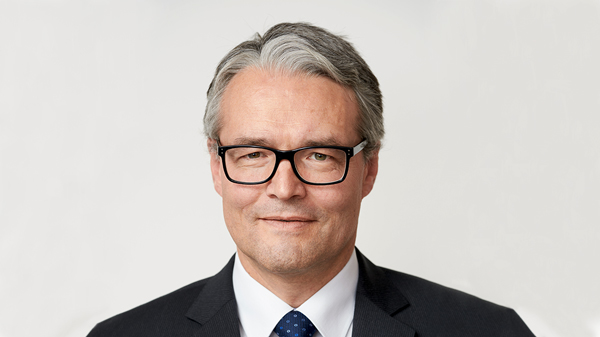 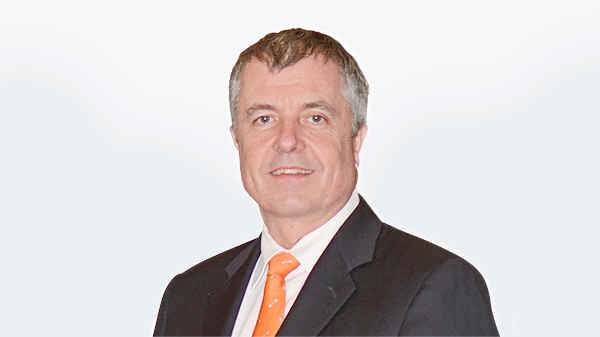 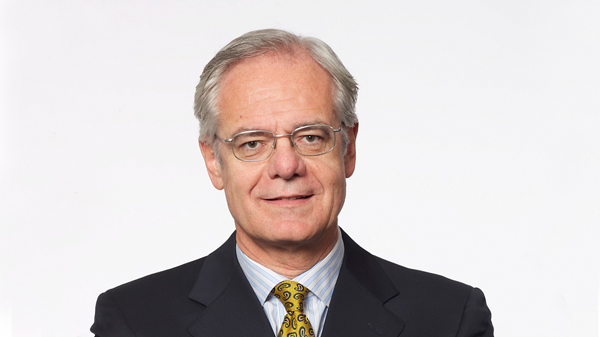 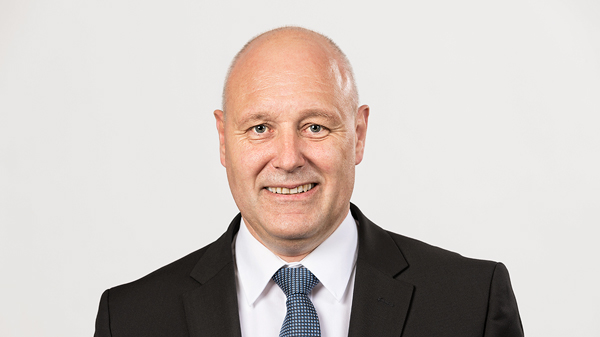 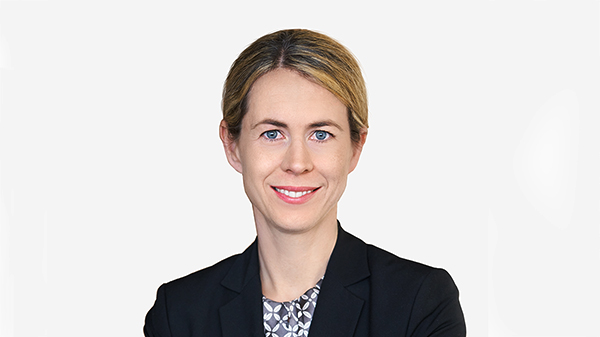 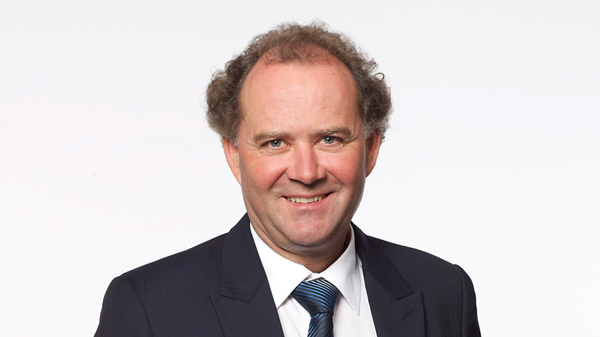 (Missing on the group picture of the Board of Directors) 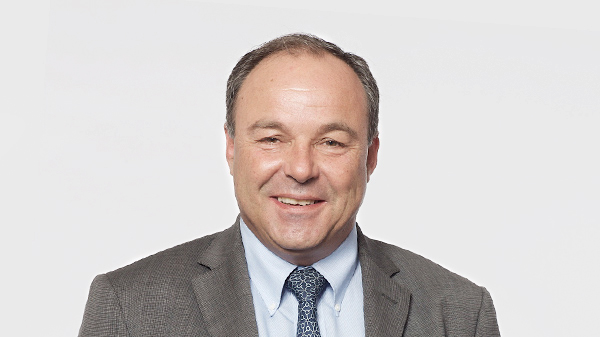 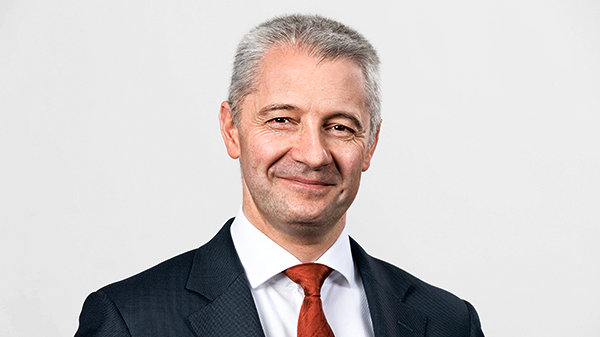 The Remuneration and Nominations Committee is responsible for matters relating to staff remuneration and nomination. It prepares and submits proposals to the Board of Directors on remuneration of the Migros organs and the salary bands of Migros' senior management. It determines the salary of the Chief Executive Officer, as well as the salaries of the Executive Board members based on the CEO's recommendations. The Chairman of the Board of Directors can also request the Committee's input on other remuneration- and salary-related issues.

Where there is a conflict of interests, the members concerned do not participate. The Committee consists exclusively of external, independent members. In the case of impending nominations, two additional members may join the Committee. The Committee met four times in 2018.

A new Chair of the Board of Directors will be appointed in 2019. In 2018, an ad-hoc committee (Evaluation Committee) consisting of three members each from the Remuneration and Nominations Committee and the Office of the Assembly of Delegates was appointed again to prepare the election.

The Audit Committee supports the Board of Directors in the supervision and review of the accounting and financial reporting of the FMC and Migros Group...

In performing its duties, the Audit Committee has unrestricted access to the management of all group companies and their business records and documents. The Audit Committee operates in accordance with the rules of Best Practice, which are observed by large Swiss business enterprises. The Committee reports regularly to the Board of Directors on the results of its inspections and proposes appropriate measures when necessary. The Audit Committee consists exclusively of external, independent members. It met four times in 2018.

The Finance Committee ensures that the available financial resources are properly deployed, taking into account the agreed strategies, plans and requirements of the Migros Group.

The Finance Committee ensures that the available financial resources are properly deployed, taking into account the agreed strategies, plans and requirements of the Migros Group. In particular, it reviews proposals for the acquisition and sale of businesses or business units, and large investments or divestments by the FMC and its subsidiaries (provided that these fall within the remit of the Board of Directors). It also makes recommendations to the Board of Directors.

The Migros Retail Committee (ADH) deals with all matters that are relevant to the retail business under the Migros brand the "orange M".

The Migros Retail Committee (ADH) deals with all matters that are relevant to the retail business under the Migros brand the "orange M", especially merchandising and retail strategies, and makes the relevant applications to the Board of Directors. The Retail Committee formulates binding procedural plans, priorities and actions for the implementation of the budget. It is also responsible for supervising and controlling budgets, and introduces appropriate measures when there are deviations from these.

In addition to the Chairman, the Migros Retail Committee (ADH) includes the ten managing directors of the Cooperatives and members of the Executive Board (no voting rights). Having only internal members on the Migros Retail Committee recognises the fact that the Committee is responsible for preparing the Cooperative Retailing strategy for the Board of Directors, as well as performing operational tasks that help coordinate the core business. Close coordination of the core business is essential. Two additional external members advise the Board on deliberations and decision making in the treatment of strategic issues.

Six members of the Executive Board (no voting rights, all internal).

The management is responsible for the operational leadership of the Federation of Migros Cooperatives. It consists of the CEO, the members of the Executive Board and the heads of the management divisions.

The Assembly of Delegates met twice in the reporting year. In addition to its normal business, various specialist presentations and discussions were on the agenda.

The Migros Group generated sales of CHF 28.5 billion in 2018, representing an increase of 1.4%. Consolidated retail sales also increased by 1.9% to CHF 23.7 billion in a challenging economic environment.